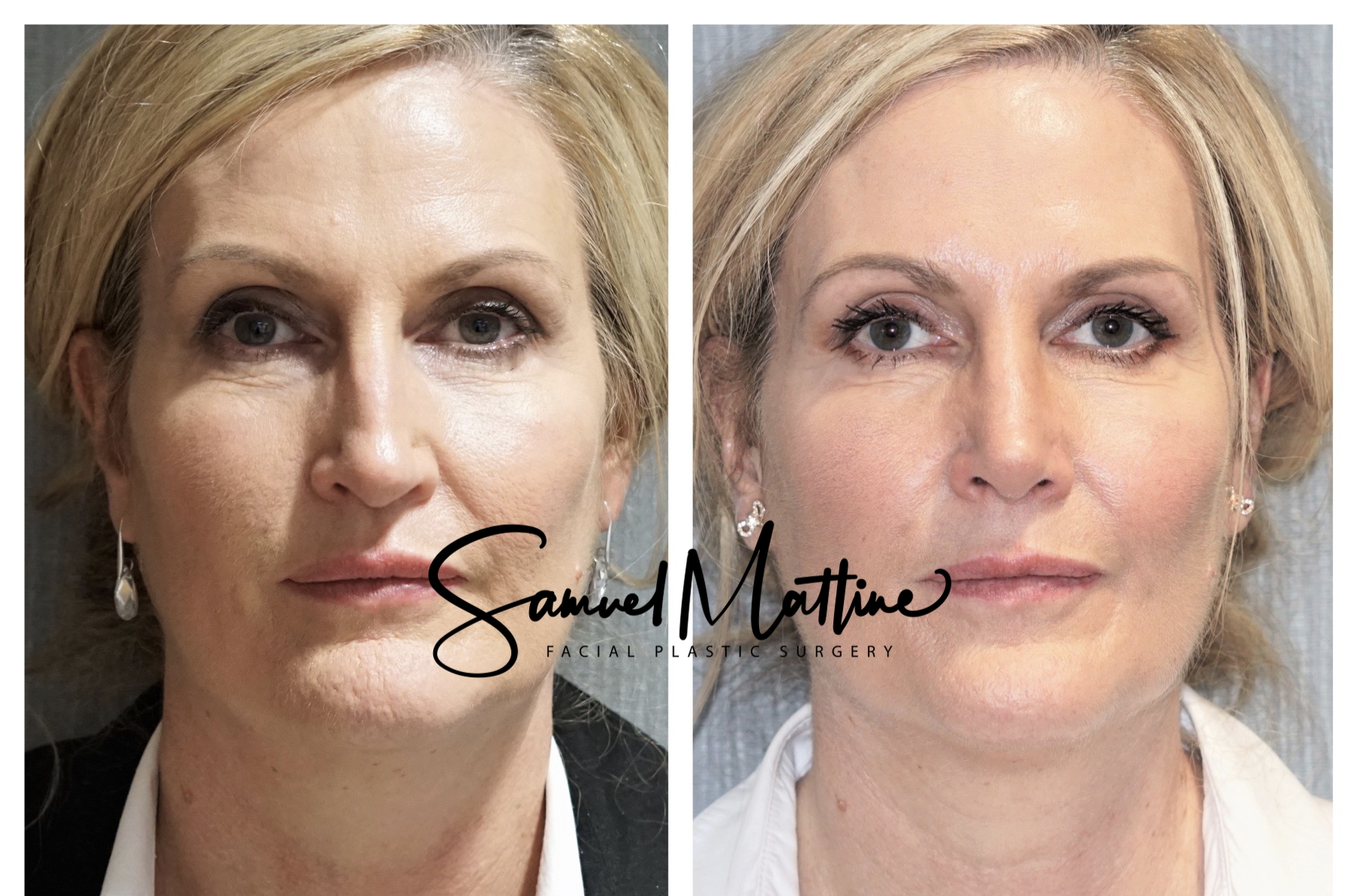 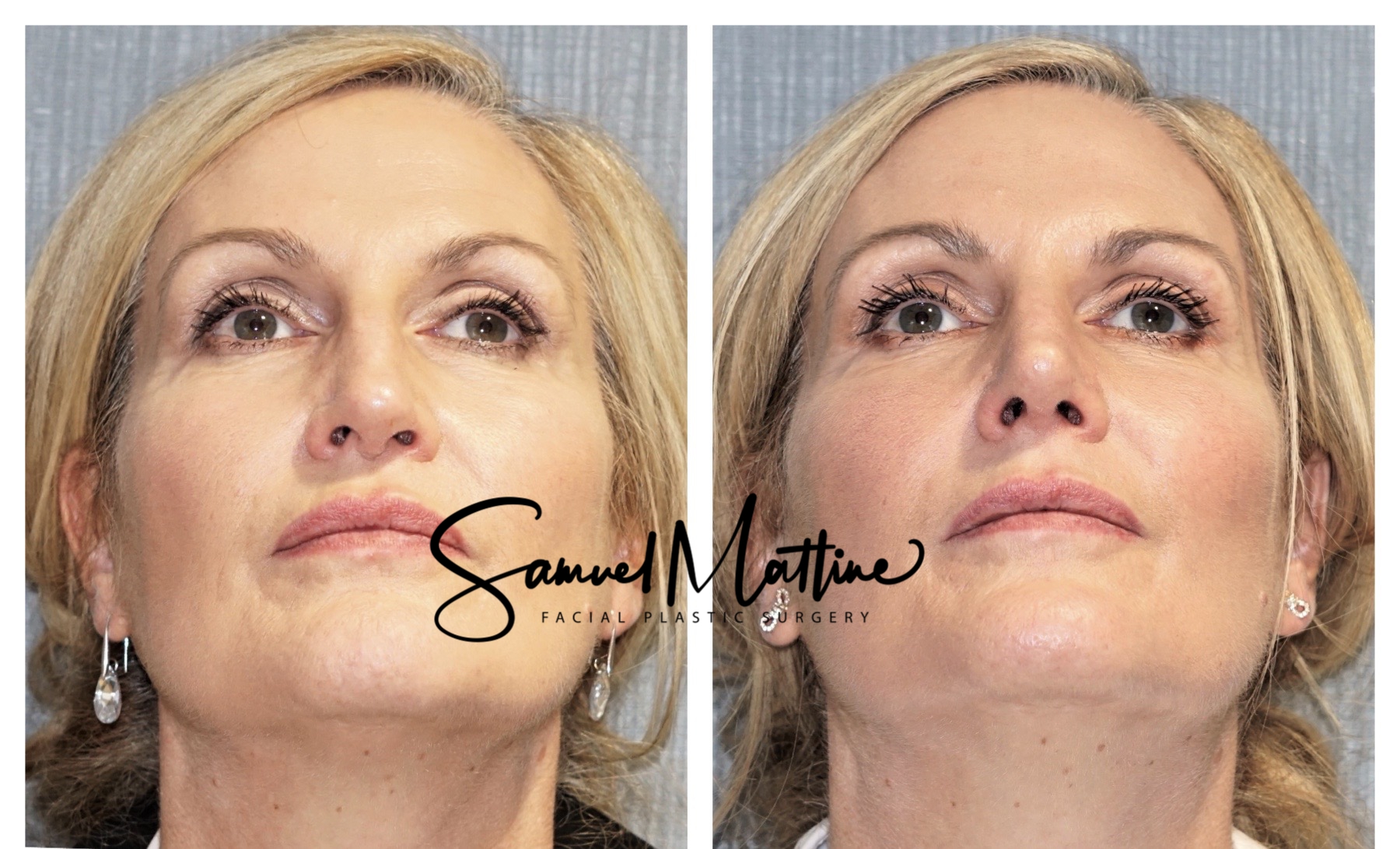 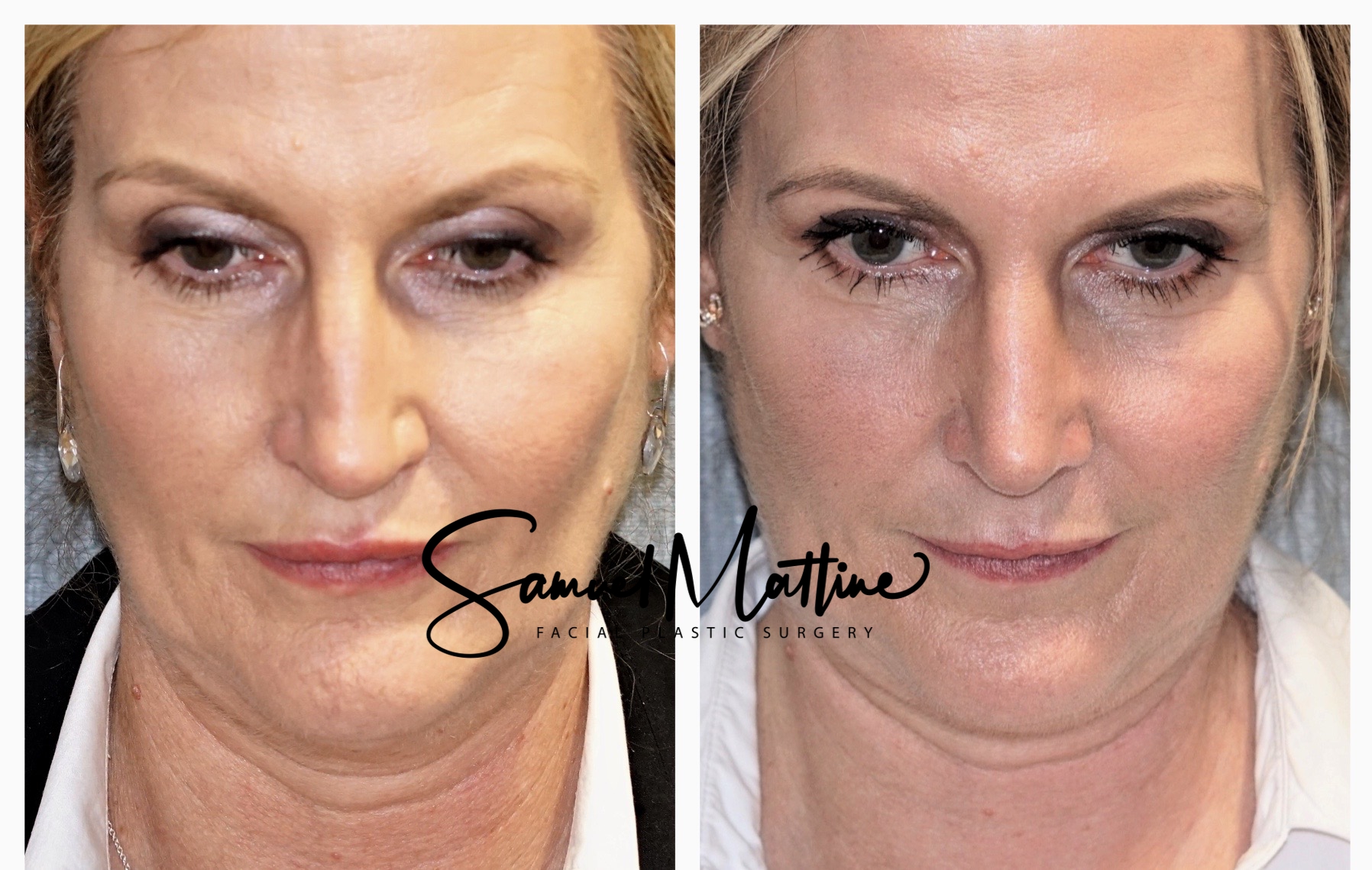 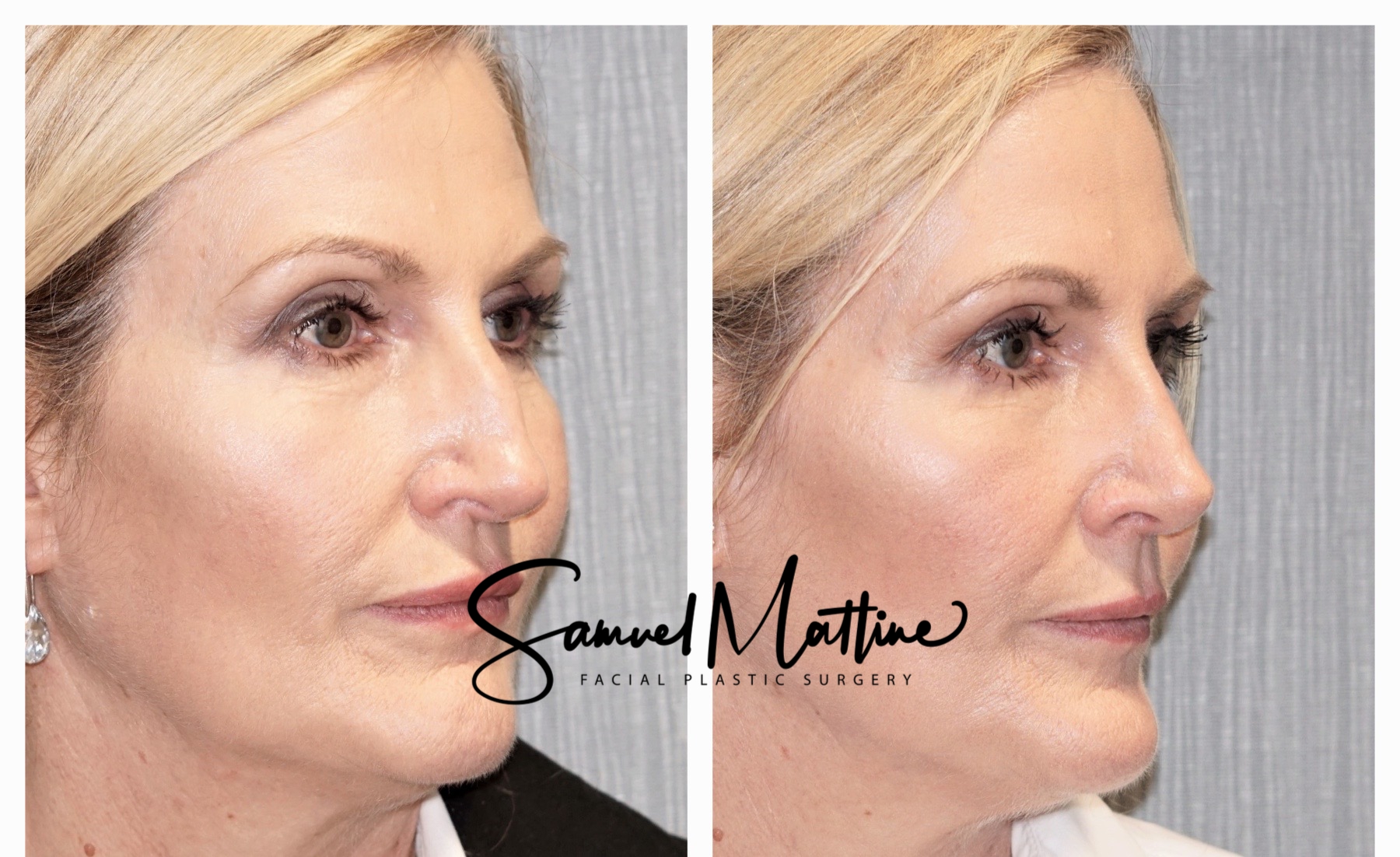 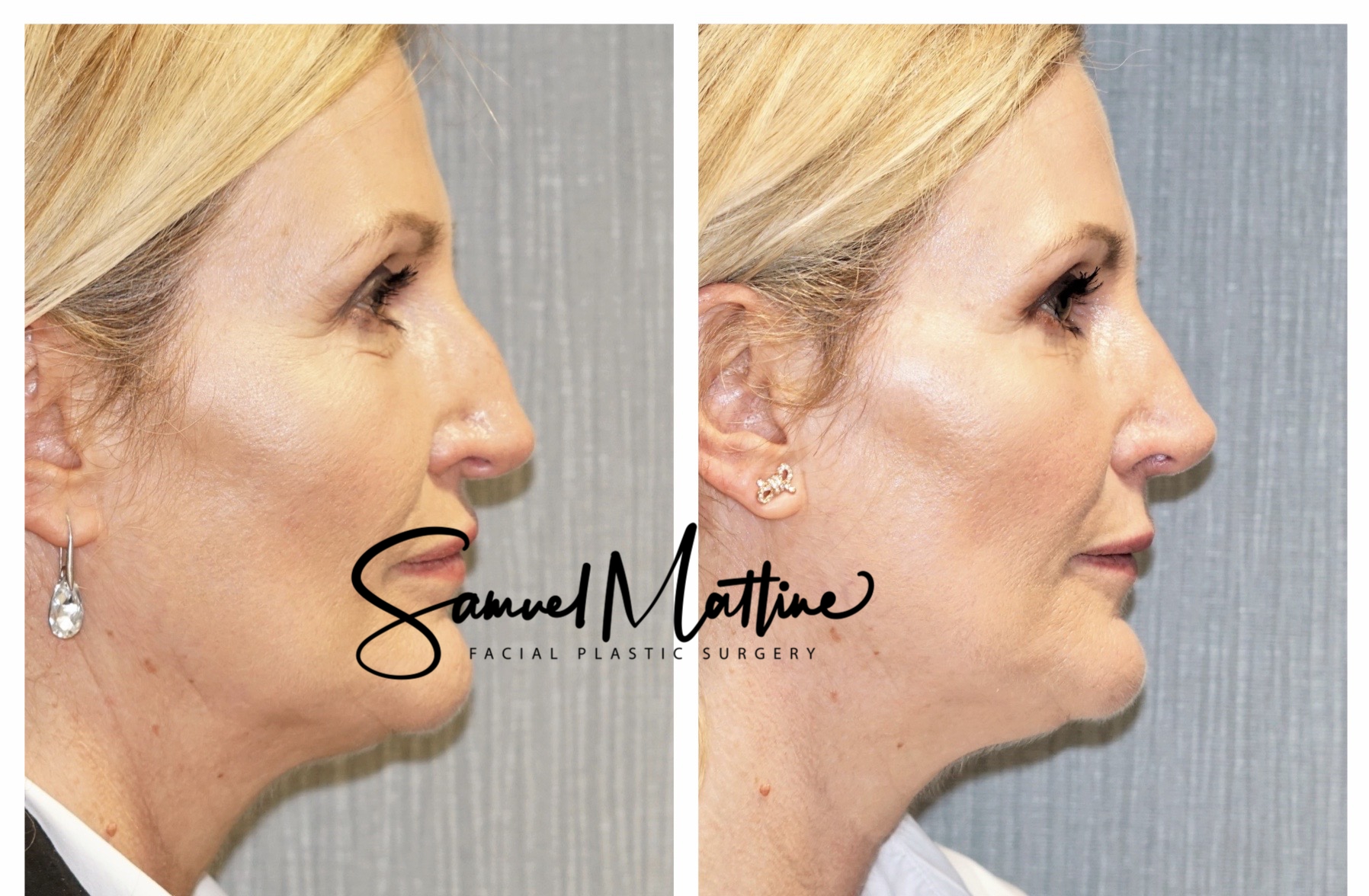 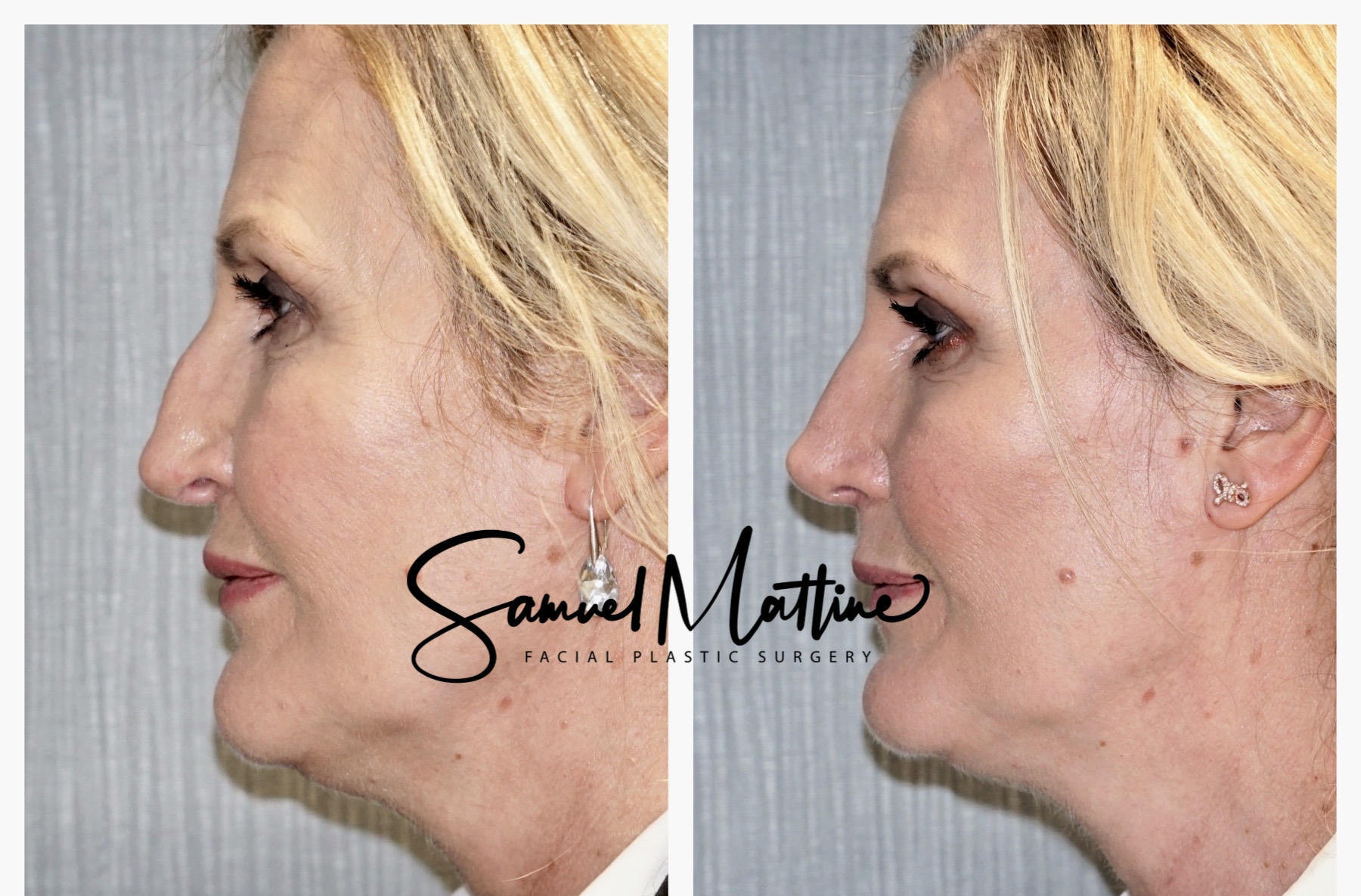 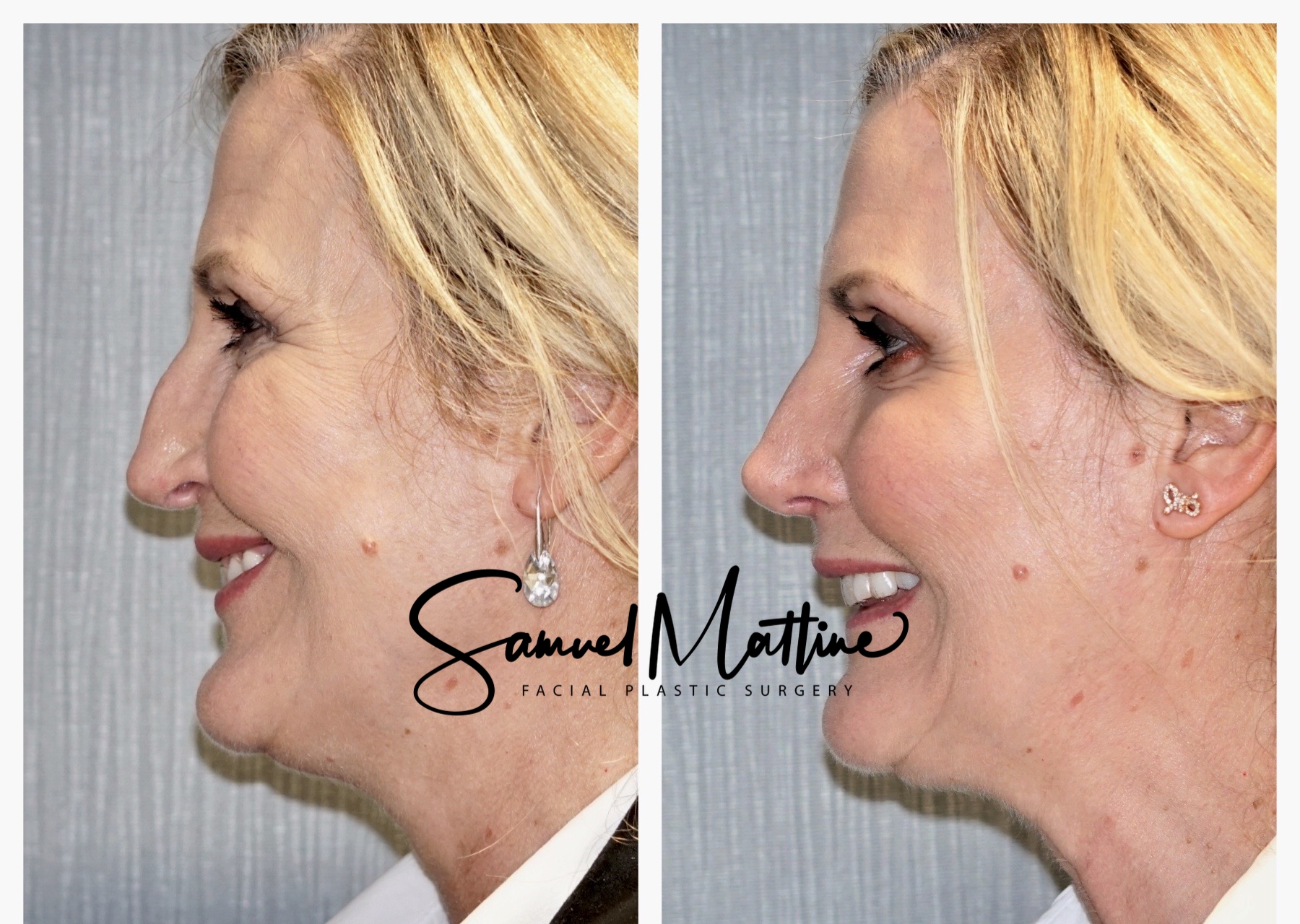 
I have always hated the shape of my nose. (I had a prominent hump) and was always very self-conscious of my profile. It wasnât until I saw a photo that had been taken of me from the side that I realised how much I actually hated my nose. I felt that I looked like a witch. I was devastated!

I had nasal surgery by another surgeon several years ago and was left rather unhappy with the cosmetic outcome.Â  Having continued to look for revision rhinoplasty, it wasnât until a couple of years ago that I was in a position to do anything about it.

I went to see Mr Samuel Mattine and we discussed a variety of options. He explained that he wouldnât just remove he bump in my nose, but would also lift the tip very slightly to make it appear more feminine. We had several meetings before my actual surgery to discuss the procedure and my expectations. I felt completely at ease. He understood my concerns and worries and assured me that he would construct my nose to ensure it âfittedâ my face. I didnât want a nose that looked out of place and that didnât look like it belonged to me.

On the day of the surgery, 1st June 2019, I was very nervous and excited. I had hated my bump for so long but was a little scared in case it went wrong. I neednât have worried. The surgery went well. I was advised that there would be a degree of bruising, but I wasnât quite expecting the extent to which I did bruise.

Before the procedure I was visited by my anaesthetist, who explained his role in the surgery and asked if I had any questions and allayed any concerns that I may have had. And after surgery he again came to check on my recovery. The nurses that looked after me during my one nightâs stay were exceptional.Â  Their kindness and professionalism were faultless. I felt totally at ease and extremely well cared for.

The worst part of the procedure was the inability to sleep. It wasnât painful at all, just very uncomfortable.

If I had any concerns at all, Mr Mattine was always on hand to answer my questions. I had complete confidence and trust in him. After the first week I went to have my cast taken off. This was a relief as I finally had a little respite with my breathing. It wasnât perfect, but at least I could breathe a little better. I was very emotional seeing my new nose. The bump had gone! Mr Mattine did advise me that it takes about a year for the nose to settle down and for the swelling to reduce. I had to wear a bandage for another week, and I still had bruising around my eyes.

Over the coming few weeks the breathing improved and I began to feel more like me again. The bruising was beginning to subside, and I finally had a nose that I didnât have to feel self-conscious about.

I went back to see Mr Mattine approximately five months after my procedure and was able to tell him how thrilled I am with my new nose. Its natural and fits my face, and I still look like me, only with a much nicer nose. I LOVE it!Â  Throughout the whole experience I have had nothing but support and complete confidence in my surgeon, which is imperative when undergoing such an operation. I was very concerned that I would be judged by wanting this procedure, after all it was entirely for cosmetic reasons and I was aware that it could be perceived as vanity. I was assured by Mr Mattine, that I shouldnât look upon it in this way.

Throughout the entire process, I found Mr Mattine to be completely empathetic and understanding. Whenever I had any concerns I would email straight away and always received a prompt reassuring response. I am planning future surgery and wouldnât consider going to anyone else.

I now finally have a nose that I actually like. Iâm not concerned now that anyone might take a photograph of my profile.